Clive Boddy, Professor in Leadership and Organisation Behaviour in the Business School, has been researching corporate psychopaths for over a decade. Here he shares his thoughts on the perceived success of psychopaths in the workplace, and considers whether a psychopath’s personal advancement comes at the expense of colleagues and organisations.

Some psychologists have equated psychopathy with personal success because a few of the qualities of psychopaths, such as apparent charm, ruthlessness and coolness under pressure, help them climb the corporate ladder. They get to the top more frequently than non-psychopaths do. However, to me this begs the questions of what this success means for those who work alongside these corporate psychopaths in the organisational sphere? Does the success of psychopaths come at the expense of their colleagues? What impact do they have on organisational productivity? I conducted and examined research in this area to find answers.

No empathy or conscience

Corporate psychopaths are those people with no empathy or conscience. Their cold ruthlessness seems to exist alongside irregularities in brain chemistry and connectivity, particularly in the areas of the brain connected with emotion and emotional responses. They are remorseless, egocentric, cheating, untruthful, emotionally shallow, uncaring towards others, irresponsible, and lacking in self-blame. Unfortunately however, they appear to be charming and composed when first met and these latter characteristics give them an air of respectability and attractiveness, enabling them to create a false impression of genuine, personal sociability together with professional competence. 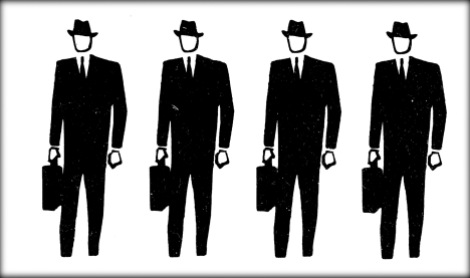 In terms of wider measures of success however, psychopaths in the workplace have been linked with with some of the biggest financial scandals of the last fifty years, including those at Enron, the Mirror Group and the Global Financial Crisis. Modern research has uncovered evidence for their ubiquitous presence in organisations such as a UK charity, a marketing company and even an NHS Trust. The aftermath of their abusive and bullying presence and capricious leadership on individuals, organisations and society is a terrible one. They create a climate of fear in which resources are wasted, careers ruined, wealth destroyed and organisations diminished.

Political psychopaths are even more destructive than workplace psychopaths because of the enormous power they can yield. Therefore from Magna Carta to the United Nations Universal Declaration of Human Rights, humanity has sought to keep a tight rein on the death-dealing destructiveness of psychopaths in political leadership. This destructiveness is amplified with modern weaponry and for example, the likely effects of a political psychopath leader having a finger on the nuclear button are potentially catastrophic for humanity and the planet.

A large cost to colleagues

In answer to the questions posed above, psychopathic qualities can lead to personal advancement but this comes at a large cost to the colleagues of these people and at the expense of organisational productivity. Success is limited to material gains for the psychopathic individual and widespread losses for everyone else.

Discussing this in more detail, my new book on the subject of corporate psychopaths at work is about to be published through Amazon and Kindle. A module on Toxic Leadership (covering Narcissists, Machiavellians and Corporate Psychopaths) will also be offered at Middlesex University in a new MA: “Leadership in Organisations”, to be available to students from September 2017.

My first book on the subject was called ‘Corporate Psychopaths – Organizational Destroyers’, published in 2011 by Palgrave-Macmillan. The new book will be called ‘A Climate of Fear: Stone Cold Psychopaths at Work’ and will be available through Amazon.

For other information and discussions about psychopaths see the following:

The Canadian Broadcasting Corporation’s documentary named “The Psychopath Next Door”.

And for further information about corporate psychopaths, the new module on ‘Toxic Leadership’, or the new book, contact Professor Clive Boddy.