Eliminating discrimination: the case of Myanmar 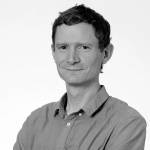 Dr David Keane, Middlesex University’s Programme Leader for LLB, explains why ICERD ratification is so crucial in the context of protecting people’s rights in Myanmar.

The International Convention on the Elimination of All Forms of Racial Discrimination (ICERD) is the oldest of the UN international human rights treaties. It was drafted and adopted in the 1960s, and was widely perceived at the time as an international statement against apartheid and colonialism. I have recently co-edited a book on ICERD with Dr Annapurna Waughray, the very first edited collection on the treaty, to mark its 50th anniversary. In writing the Introduction to the collection, we noted that there are just fourteen states that have not signed or ratified ICERD. Nine of these are Pacific or Caribbean island nations, leaving just five ‘larger’ States: Brunei, Malaysia, Myanmar, North Korea and South Sudan.

In September 2016, I arranged to go to Myanmar to discuss the meaning of ICERD and whether ratification might be possible. I was hosted by the International Commission of Jurists (ICJ) based in Yangon, as well as the Office of the High Commissioner for Human Rights (OHCHR). I was able to visit the Myanmar National Human Rights Commission and meet with a government representative in the capital, Naypyidaw. But the most important meeting was with Non-Governmental Organisations (NGOs) hosted by the OHCHR, and I returned with the book’s co-editor Dr Waughray in April 2017 to discuss the project further in conjunction with these NGO groups. 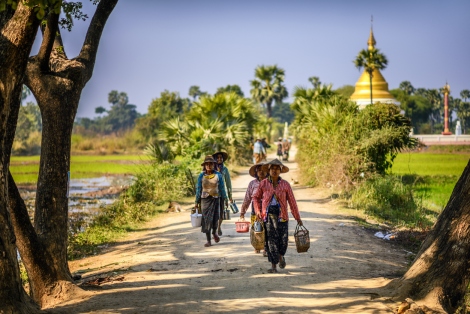 Since its adoption by the UN in 1965, ICERD has evolved into the primary source of international obligations on racial discrimination involving racial, ethnic and linguistic groups, as well as indigenous and tribal peoples, and other minorities. Myanmar is said to have around 135 ethnic and tribal groups and is a State “where multi-National races collectively reside” according to Article 3 of its Constitution, hence working towards ratification of ICERD would appear essential. However the nature of who are the ‘national races’ of Myanmar and how exactly these designations are accorded is contested. For example the Rohingya, the subject of recent international and UN concern, are not recognised as a ‘national race’, although they are not the only group excluded from Myanmar’s somewhat arbitrary taxonomy. Citizenship rights are linked to national race membership. Additionally there is the context of decades of authoritarian rule that has compromised the independence of its legal system. After protests in 1988, the University of Yangon was shut down including its law school and even after it re-opened, no lawyers were trained there until 2014.

Hence advocating for ratification of ICERD by Myanmar is not straight forward.

In the September meetings, I brought with me some research I had done on then-Burma’s contribution to the treaty. Historically, Myanmar/Burma has emphasised the elimination of racial discrimination as central to the work of the United Nations. Its Permanent Representative to the UN stated in the 1950s of its rationale in joining the then nascent world body:

“Burma’s imagination had been fired by the high idealism and lofty purpose of the [UN] Charter… a world in which discrimination based on race and colour would be eradicated, and a world in which the traditional under-dog, the masses of Asia and Africa and Latin America would at long last begin to enjoy a fairer share of the good things of the world”.

In early 1964, the Government of Burma was one of just eight States to offer an official commentary on the then-draft ICERD treaty, illustrating how important it was considered to be to the peoples and representatives of Burma. But the most interesting historical aspect is that the UN Secretary-General throughout the 1960s was Burmese; U Thant. Indeed Thant’s position as the first Asian UN Secretary-General is, according to Aung San Suu Kyi, “a matter of pride not only for Myanmar citizens but for all Asians”. There is now something of a revival of literature on Thant but he was for decades left out of school textbooks on Myanmar history. 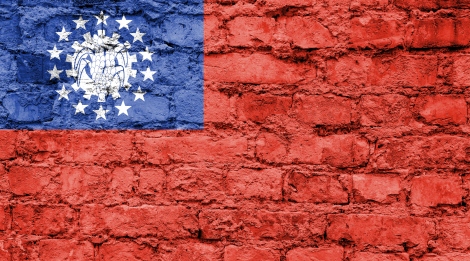 In 1965, it fell to UN Secretary-General U Thant to usher in ICERD and a new age of international human rights treaties and their monitoring bodies. On 21 December 1965, he stated to the UN General Assembly:

“In the Charter, the peoples of the United Nations proclaimed their determination to reaffirm faith in human rights and in the dignity and worth of the human person. The Convention which the General Assembly has just adopted represents a significant step towards the achievement of that goal. Not only does it call for an end to racial discrimination in all its forms; it goes on to the next, and very necessary, step of establishing the international machinery which is essential to achieve that aim.”

Some striking photographs from the time show U Thant with various State representatives signing ICERD. 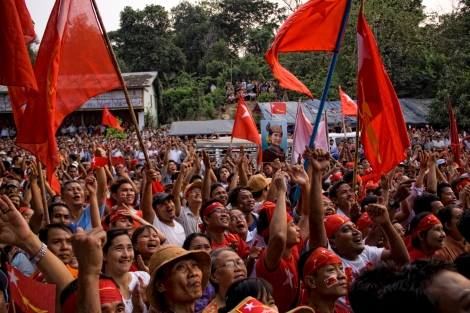 Historic parallels do not make for compelling arguments that Myanmar should ratify the treaty today. What emerged in both meetings with NGOs was the need to identify what ICERD might mean for contemporary Myanmar. We were able to outline for example that the issue of unrecognised groups is something that has come before the UN Committee on the Elimination of Racial Discrimination (CERD), which monitors the treaty, many times in many different guises and there are international legal mechanisms by which CERD resolves such contestations. Another issue was that of language; no Burmese (or other national language) version of ICERD exists, and even where there are Burmese versions of international documents, such as the Universal Declaration of Human Rights, the veracity of their translations are challenged by NGOs. Furthermore the impact of ICERD on the 7 (out of 10) members of the Association of South East Asian Nations (ASEAN) that had already ratified ICERD was important. The experience of Singapore, Thailand and others was something we needed to be able to discuss in detail.

At present we are drafting a report entitled ‘Towards Ratification of ICERD by Myanmar’ with the support of the ICJ and the OHCHR, and the contributions and inputs of NGOs and other groups on the priorities for Myanmar. ICERD is not a treaty that is very well understood, and presenting on it and discussing with stakeholders can have a major impact in generating interest around its ratification. But it can only happen if the NGOs in Myanmar feel it is useful and will push their government to both ratify and then implement the treaty’s provisions. Convincing them is really the aim of this work.

David travelled to Myanmar as part of the School of Law’s Research Dissemination Funding Scheme. He is grateful in particular to Dr Daniel Aguirre of the ICJ and Sarah Toner of the OHCHR in Yangon.