Reflections on the Budget 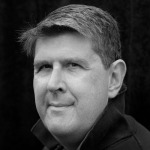 Dr Tim Evans, Professor of Business and Political Economy, offers his analysis of Philip Hammond’s first Budget as Chancellor of the Exchequer.

The Chancellor’s Budget on 8 March was strong on political atmospherics and signalling but cautious and lite on content. It was what one would expect from a government that is in pre-Brexit mode and approaching mid-term.

While more money is being made available for social care, education and the NHS, the budget not only sought to focus on the theme of fairness but also on investment for greater productivity. That is why there is more devolved resource for research and development, education and skills, and transport (the latter being focused on the strategic pinch points of key arterial roads).

Preparing for the future

In internationally harnessing competitive tax rates to create growth and attract investment, the Chancellor is clearly trying to prepare the UK both for Brexit and the coming 4th industrial revolution. Highlighting the world of artificial intelligence, 5G, robotics and biotechnology, he put great emphasis on the strategic importance of STEM subjects and a new generation of technical qualifications. Notable for the higher education sector, for the first time, postgraduate students will be able to receive loans for their doctoral studies.

It is with the strategic backdrop of a high-tech and, in some ways, more challenging future in mind that the Chancellor clearly sought to align a range of government benefits to the rapidly changing world of work and employment. While important changes to national insurance contributions were signalled for the 18% of the workforce who are now self-employed, sadly, very little was said about making the tax system in any way simpler.

That is why to me, this budget was another missed opportunity. Accepting government debt stands at more than £1.7 trillion and that the world of work is changing so rapidly, sooner or later, a much more radical approach will be needed to enhance and align taxation, welfare and public services to the wealth creating potential and opportunities of a meaningfully global Britain.

For the UK to remain a top-tier, open and dynamic economy that delivers prosperity for all, no one should be in any doubt that further significant reform will be needed. More and better welfare, beyond government; more and better standards led by consumers, not simply regulators; and, simpler and fairer taxes – will all have to be explored, consulted upon and implemented at various stages.

While this budget merely offered a holding position for a government approaching Brexit and mid-term, we can expect much bolder, more strident and detailed moves from the Autumn statement onwards. As the government triggers Brexit and moves towards the next general election it will start to lay out in detail its strategic policy offers for the 2020s and beyond. This will not only deliver significant change across Whitehall and the wider economy but it will have profound implications for the reputation and standing of the United Kingdom with the rest of the world. The challenge is how to remain an open, trading and successfully inclusive nation. The opportunity is to become a beacon of diversity, wealth creation and free and fair trade. It is to this narrative no doubt the Chancellor will start to turn over the months and years ahead.