Why arts education is vital 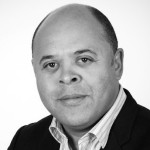 A new exhibition entitled ‘Urge to Paint’ will showcase the work of artist Keith Church, whose life was sadly cut short in 1982. His cousin, Professor Kurt Barling, reflects on Church’s development as an artist and reminds us of the value of education in the arts and humanities.

I recently visited the South Africa: Art of a Nation exhibition at the British Museum. It got me thinking again about the value of degree studies across the arts and humanities.  Notwithstanding the hard facts that the creative industries sector is a massive earner for our economy, there is still a strong debate that argues being involved in art or the humanities is a luxury that only a vibrant and healthy economy can support.

I dare say when the artists were representing the world around them on The Zaamenkomst Panel around 3000 years ago it was a luxury too, but what it tells us is more important, it is that art defined their human-ness.   It is what set us apart from the natural world around us and helped the viewers of that art to make sense of their world through artistic representations they could compare with their own life experiences.  The Coldstream Stone dates back even further to 9000 years ago and the figurative work on both help celebrate or explain rituals that early human beings used to help give meaning to their spiritual and conceptual universe. 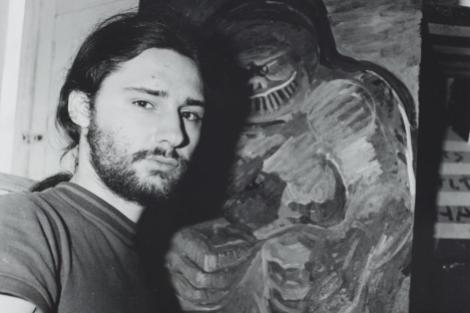 In collaboration with Goldsmiths University in South London I have been curating an art exhibition that too speaks to the essence of humanity.  On July 9th 1982 a member of my extended Anglo-Irish family was murdered in an unprovoked attack in the small Hertfordshire town of Broxbourne.  My cousin Keith Church was 27 and a very talented aspiring artist. He had completed the art foundation course at Goldsmiths in 1976 and then retreated into what he once described as “splendid isolation” to figure out what kind of artist he wanted to be.  He was encouraged to go back to university but he worried that the structure and institutional pressures would curb his spontaneity and artistic development.  I argued with him when I started my political science and language degree in 1980 that he was wrong.

The exhibition, which opens on 19th January 2017, draws on Keith’s eclectic collection of several hundred paintings and thousands more sketches.  He was a work in progress as all artists are until they find their voice.  It can take decades of building craft skills before you discover your own real aesthetic.  What he didn’t leave behind, he was too young, were explanations of what and why he had painted certain things.  He had not been inducted into the great art family nor the discourse of art that probably would have helped him place his work.  University would have provided this gateway to understanding.

He was working at a time of real strife in British society.  The Labour government was beset by industrial relations problems and the optimism of the late sixties had evaporated.  The election of the Conservative government of Margaret Thatcher led to confrontation and some of the worst riots on the British mainland, some of which I witnessed first-hand in London.  The artist cannot divorce himself or herself from this turmoil in society and the type of art often reflects those conditions.

Keith was painting at a time when the new wave was moving away from romanticism and towards more realism with the revival of figurative and representational traditions. All this can be seen in his work. As he developed his talent, so did the range of styles he experimented with, although it is difficult to discern a distinct signature. Influences can be seen from Gustav Klimt, Paul Cezanne, Joan Miro, Paul Klee, Friedrich Hundertwasser and even Hieronymus Bosch. One can see Pablo Picasso-guitars warped like Salvador Dali’s soft watches or a David’s star and cat that have echos of Marc Chagall’s dreamlike imagery.  His use of bright colours in fantastical scenes is reminiscent of Max Ernst.  His vividly painted self-portraits often have playful elements with decorative shapes. At other times there is an intense or obsessive character to the work capturing a seemingly lost and desperate artist.

Whilst he maintains a structured approach with many of his studies they too reflect a desire for exploration. He is often using his art in a soul-searching exercise; a particular series exhibits the swirling, meandering style, reminiscent of Edward Munch, not just in the clothing, but that curious hallucinative atmosphere created by Munch. At other times he seems to try and catch his dreams or even more darkly his nightmares.  His voice was emerging, he had already begun that journey to join the great art family and become involved in something beyond himself, Goldsmiths had recognised that and taken the gamble on his talent.  It is painful to consider what he might have become had he had that university education.

Keith’s is a familiar story of how an artist struggles to fashion a personal vision in a demanding world.   How they express their own humanity and reflect on the humanity of others.  His vision was ultimately incomplete and this exhibition is a reminder of the artistic aspiration of finding a unique way of representing the world. He wrote in one notebook: “Art is the result of an urge.  Controlled and applied by the will of the Artist.  Though the urge often comes out far stronger than the control.” (1976)

All this brings me back to my question of the value of an art education.  If these kinds of studies are squeezed out of the higher educational curriculum what will become of culture?  How will we assert our humanity beyond the rawness of politics and economic survival?  Somehow, as our prehistoric ancestors remind us, its all part of the same human dominion and we fail ourselves if we forget it.

‘Urge to Paint’ is a solo exhibition of the work of Keith Church 1955-82 to be shown in the Professor Stuart Hall Building of Goldsmiths University from 19 January until 9 February.

Read more about how the exhibition of Keith Church’s work came about.

Overeducation in the UK labour market