What (not) to wear on a French beach this summer 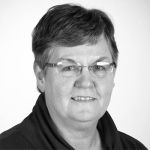 Dr Erica Howard contextualises France’s fight over banning the burkini. Drawing on her expertise in freedom of religion and religious discrimination, she suggests that the ban could be the new dividing line between France and its Muslim population.

In the last couple of days there have been a number of articles about the so-called ‘burkini bans’ on the beaches of about 30 municipalities in France. A burkini – a portmanteau made up of the words ‘burqa’ and ‘bikini’ – is a full-body swimsuit that covers the whole body with the exception of the face, hands and feet.

A burqa covers women completely including the face, with only a slit or a gauze patch over the eyes. So a burkini is different from a burqa, as a burkini leaves the face of the wearer free. Last Friday, the urgent applications judge of France’s highest administrative court, the Conseil d’État, suspended a ban imposed on the wearing of the burkini by the Mayor of Villeneuve-Loubet. Although the ban is generally referred to as a ‘burkini ban’, the word burkini is not mentioned. The municipal order, like the other orders in force in France at present, bans the wearing, on the beach, of any piece of clothing demonstrating an obvious religious affiliation.

These bans should be seen as a breach of human rights.

The judge considered that a mayor’s task to maintain peace and good order must be executed with due respect for the public liberties safeguarded by the law. This means that orders must be adequate, necessary and proportionate with respect to what is strictly necessary to maintain peace and good order. Any measures restricting public liberties must be justified by clearly identified risks of breaches of the peace and of public order. The judge considered that there was no evidence brought forward that risks to breaches against peace and good order existed and that concerns and worries resulting from recent terrorist attacks (in particular the 14 July attack in Nice) were not enough to justify the municipal order. The judge concluded that the order had seriously infringed, in a manner that was clearly illegal, fundamental liberties such as the freedom to come and go, religious freedom and personal freedom. Therefore, he suspended the order.

Following the decision, a number of municipalities have stated that they will keep their bans in place, thus risking legal action in administrative tribunals which would base their judgments on the decision of the Conseil d’État. The Conseil d’État will make a final decision on the legality of the bans at a later stage. It is to be hoped that the final decision will follow this one and hold the municipal burkini bans to be contrary to fundamental rights, and especially religious freedom. A vague and unsubstantiated issue of public order should never be sufficient to interfere with any fundamental human right and, therefore, these bans should be seen as a breach of human rights.

The ‘burkini ban’ has caused a stir across Europe and indeed, the rest of the world (Image: Robert Linsdell (CC BY-SA 2.0)).

The decision is, in some aspects, in line with the considerations in the European Court of Human Rights’ judgment in S.A.S. v France, which challenged the French legislation prohibiting the wearing of face-covering clothing in all public spaces, often referred to as the ‘burqa ban’.

Here again, the rule was couched in neutral language, but the real aim was the face covering veil worn by Muslim women. In that judgment, the Strasbourg court held “that a State Party cannot invoke gender equality in order to ban a practice that is defended by women – such as the applicant – in the context of the exercise of the rights enshrined in those provisions” (para 119).

Surely, in the name of gender equality, a woman (and a man as well) should be able to wear whatever she or he feels comfortable with.

Yet gender equality was invoked in support of the burkini bans. For example, French Prime Minister Manuel Valls said, before the judgment, that the burkini is “the expression of a political project, a counter-society, based notably on the enslavement of women“. Marine Le Pen, leader of the far right National Front, said: “France does not lock away a woman’s body, France does not hide half of its population under the fallacious and hateful pretext that the other half fears it will be tempted”.

Surely, in the name of gender equality, a woman (and a man as well) should be able to wear whatever she or he feels comfortable with, whether that is on the beach or anywhere else, although they might be subject to laws on public decency, such as laws against nudism in public areas.

The decision of the Conseil d’État also fits in with another consideration of the Strasbourg court in the S.A.S. case, that a burqa ban was not necessary for public safety in the absence of concrete evidence. However, the European Court of Human Rights, in that case, then went on to find that the burqa ban was a justified interference with the right to freedom of religion because it pursued the legitimate aim of ‘living together’. This fell under the ‘protection of the rights and freedoms of others’ and thus is one of the legitimate aims under which a restriction of the freedom of religion can be justified.

Is it necessary for human interaction to see more than the face of another person?

In a blog on the S.A.S. case, I discussed the concept of ‘living together’. In that case, according to the French Government, the law banning face covering clothing in public spaces was in line with the observance of the minimum requirements of life in society because the face plays a significant role in human interaction, and the effect of concealing one’s face in public places is to break the social tie and to manifest a refusal of the principle of ‘living together’ (para. 82 of the S.A.S. judgment). However, this argument cannot be used in relation to the burkini, as this garment does not conceal the face. Or is it necessary for human interaction to see more than the face of another person?

On the other hand, the wearing of the burkini is seen by some as a sign of Islamic extremism and this is another reason why it needs to be banned. The mayor of Villeneuve-Loubet whose order was suspended, said “we need to decide if we want a smiley, friendly version of Sharia law on our beaches or if we want the rules of the French Republic to be implemented”. He also said that the court ruling was a boost to the rampant Islamisation in France.

Nicolas Sarkozy, who is seeking his party’s nomination to run for president, called the burkini a “provocation” and is also seeking to ban Muslim headscarves from universities and companies. Valls wrote on Facebook that the burkinis were an “affirmation of political Islam in the public space”. And, Marine Le Pen calls for a ban on all religious symbols – including veils and turbans – from all public spaces. There are also calls for a national law to ban burkinis.

One thing is clear: the issue will not go away in France and it will play a prominent role in the upcoming presidential race.

So, is this whole saga really about what women can wear on the beach or is it a political issue that is being used to call for more restrictions on what Muslims can do in public places? One thing is clear: the issue will not go away in France and it will play a prominent role in the upcoming presidential race. As it was expressed in the New York Times “the burkini has become a new dividing line in France’s increasingly fraught relationship with its Muslim population, Europe’s largest”.

Refugee Week: What can we do for refugee children?

Where Did The Floating Charge Come From?

Fashion is always going to be a divisive issue. But its all about letting everyone express their indiviuality. If it bothers another person they can just close their eyes. Love to have your comments on this : https://rinsebeforeuse.wordpress.com/2016/09/01/swimsuit-season-burkinis-and-man-boobs/