How can we end the NHS ‘blame culture’? 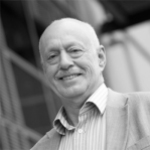 When things go wrong in the workplace, it is all too easy to lay the blame on individual members of staff.

Roger Kline, a Research Fellow in the Business School at Middlesex University, the author of ‘Discrimination by Appointment’ (2013) and ‘The Snowy White Peaks of the NHS’ (2014), explains how a four-step questionnaire could help the NHS avoid unnecessary suspensions and instead shift the focus onto tackling organisational problems.

A recent authoritative analysis of grievance and disciplinary procedures concluded there was “no evidence” that the standard NHS HR reliance on policy, procedure and training allied to the ACAS Code of Practice “had a moderating effect on the outcomes of individual employment disputes. In fact adherence to the key principles was associated with higher rates of disciplinary sanctions”. Remarkably, “more positive employer attitudes in respect of employment relations and fairness were found in workplaces in which the key principles were not adhered to”.

Might a tool developed to tackle patient safety incidents be one way of addressing these concerns? Some NHS Trusts think it might be.

The publication 15 years ago of Liam Donaldson’s ‘An organisation with a memory‘ was a landmark event in patient safety. The report was a review of the scale and nature of serious failures in the NHS, examining its capacity to learn from them, and recommending measures to minimise repeated cases. It drew on evidence from sectors outside health, including the aviation industry. It revealed that “the NHS had no systematic way of identifying, learning from and dealing with things that went wrong”. The report concluded that “without any organisational memory, history is doomed to repeat itself: the error that causes a bad experience for one patient would never prevent future patients from being harmed”.

One excellent by-product of the 2001 report was the development by the National Patient Safety Authority (NPSA) of the Incident Decision Tree. The Incident Decision Tree was a simple but sophisticated means of asking a series of structured questions about an individual’s actions, motives and behaviour at the time of a patient safety incident. Remarkably, significant numbers of those who should be applying its approach in the NHS today have never heard of it.

The deliberate harm test helps to identify at the earliest possible stage those rare cases where harm was intended. If the answer to this question is no, then we should ask:

Many patient safety incidents involve protocol violation and this is the most complex question. Managers are asked to consider whether the incident arose because:

Managers are asked to note that what at first sight appears to be a workable protocol may be not be so straightforward. If a sound protocol was violated, the manager is advised to consider factors such as why a violation occurred, the speed with which a decision had to be reached, and so on. If the answer to this question is no, then we should ask:

This test might point to deficiencies in training, experience, or supervision. Managers are specifically advised to avoid reliance on behavioural norms and stereotypes.

The NPSA guidance then addressed the issue of whether to suspend staff when something goes wrong. It states:

“We know from research carried out in the NHS and in other industries that systems failures are often the root cause of safety incidents. Despite this, where a serious patient safety incident occurs in the NHS, the most common response is to formally suspend the staff involved from duty and then deal with them according to disciplinary procedures. This route can be unfair to employees and divert managers from identifying contributory systems failures. Suspension of key employees can also diminish trusts‘ ability to provide high-quality patient care. The Incident Decision Tree has been developed to help managers:

Although individual accountability is in no way diminished by this approach, it helps trusts focus on the ‘what’ and ‘why’ rather than the ‘who’. In 2001 a joint declaration by the government and the medical profession called for the NHS to be more open in the way it deals with professional mistakes and to ‘recognise that honest failure should not be responded to primarily by blame and retribution but by learning and a drive to reduce future risk to patients’.”

A small number of NHS Trusts are trying to find ways to adapt this approach to wider disciplinary issues. A culture of learning from mistakes, poor conduct, or poor behaviour is likely to be more productive than knee-jerk disciplinary action. That is not to say disciplinary action or suspension will never be necessary. They will be. But the Incident Decision Tree might be a really good way of determining whether we have the balance right.

It is a challenge to a blame culture which can lead too easily to suspension and in which staff who are ‘different’ may be more vulnerable to blame. Its adoption to some (indeed many) potential disciplinary cases would require reflection prior to any decision to commence disciplinary proceedings. So, it requires a senior manager familiar with the principles to apply the approach to any proposal to commence disciplinary proceedings. It would encourage other approaches which might be more beneficial for patients, the organisation and the member of staff.  It would lead to greater use of Root Cause Analysis so that systems failings can be identified and with an emphasis on learning not blame.

The NHS accepts it must move away from a blame culture. Adopting the Incident Decision Tree approach to some (many) potential disciplinary cases might just be one way of improving NHS cultures, reducing suspensions, and helping organisations reflect on inappropriate and discriminatory disciplinary decisions.

[…] Eighteen months ago I asked “Can a simple patient safety tool help the NHS end its ‘blame culture’?” […]