Twelve months on from one of the deadliest shipwrecks in modern times, MA Migration, Society and Policy Programme Leader Dr Alessio D’Angelo says we need to re-think the role memory should play when dealing with the ‘refugee crisis’.

Almost exactly a year ago, on the night of 18/19 April 2015, over 800 migrants died in the Mediterranean’s worst shipwreck of modern times. An Egyptian-flagged boat was travelling between the north of Libya and the Italian island of Lampedusa when it launched a distress call. Tragically, the boat capsized after colliding with the Portuguese merchant ship which had come to its rescue. Many of the people on board, mainly African and Bangladeshi migrants, and including young children, were locked in the hull. Only 28 young men survived and just 58 bodies were recovered – all the others are still technically ‘missing’, most unnamed. Operations to recover and try to identify them will start only this month, as recently confirmed by the Italian government.

As the anniversary of the disaster approaches, it is important to remember the people who lost their lives that night, and with them all the others who died and went missing at sea over recent weeks, months and years trying to reach Europe. 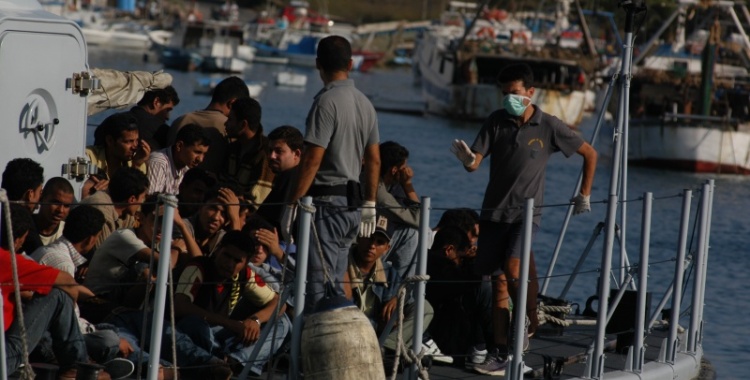 With international migration constantly in the news, a call to remember it may appear paradoxical. However, by looking at the way in which the ‘refugee crisis’ is handled by European governments, it is clear that what happened in the past has had very little impact on the decisions made in the present. Indeed, as far as deaths at sea are concerned, the expression ‘never again’ seems to have lost its meaning.

In October 2013, another shipwreck off the coast of Lampedusa caused the death of over 360 people, mainly migrants from Eritrea, Somalia and Ghana (155 were rescued in an operation led by the Italian coastguard). The event caused outrage throughout Europe. Cecilia Malmström, European Commissioner for Home Affairs, said: “Let’s make sure that what happened in Lampedusa will be a wake-up call to increase solidarity and mutual support and to prevent similar tragedies in the future.” In other words: ‘never again’.

Hundreds of individual deaths every month are quickly forgotten

Soon afterwards, the Italian authorities launched the search and rescue operation Mare Nostrum. It ended after about a year, with Italy unwilling to bear all the ‘burden’ of the rescues any more and with other European states unwilling to contribute. The British government, in particular, argued that search and rescue acted as “a pull factor for illegal migration”. Eventually, Mare Nostrum was replaced by the FRONTEX-led operation Triton; much narrower in scope and with a stronger focus on policing and border control than its predecessor.

The number of deaths at sea has continued to grow (a detailed record of this grim toll is available through the IOM’s Missing Migrants project). However, because the mainstream narrative of the refugee crisis lives in an eternal present, hundreds of individual deaths every month are quickly forgotten. It takes a large-scale disaster, many deaths ‘today’, to generate new outrage and a new step-change. 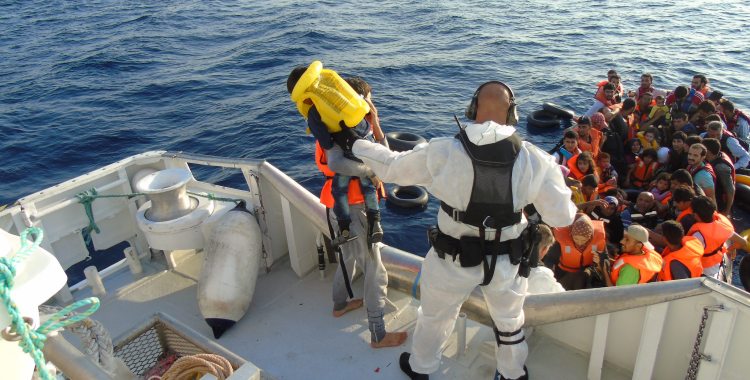 59 migrants are rescued by the crew of Peter Henry von Koss as part of Frontex’s Operation Poseidon – Photo by Kripos_NCIS (Creative Commons 2.0)

Indeed, by the time the tragedy of April 2015 occurred, even David Cameron had to admit that the idea of scaling down search and rescue operations “hasn’t worked”. Angela Merkel, for her part, declared that “images of drowned people are incompatible with the values of the European Union” – a very telling, if unintentional, choice of words. The EU cannot cope with the images: with the visual representation of deaths at sea; with the resonance of large scale tragedies happening too close to its own shores and for which Europe can be blamed directly. Trying to close the borders and ensuring that the tragedy is made less visible, externalised or outsourced (most recently, to Turkey) is the leitmotiv of the European approach to the refugee crisis.

This is indeed the way in which the EU institutions responded to the April 2015 shipwreck: an emergency summit led the way to the new European Agenda on Migration (13 May 2015). The document aimed to identify a new set of strategic actions “that look beyond crises and emergencies and help EU Member States to better manage all aspects of migration”. In reality, most of the Agenda was clearly focusing on the here and now. Presented as an urgent and ground-breaking action to prevent further “human tragedies”, the agenda increased the funding to Frontex to prevent ‘illegal entries’ and introduced the new idea of the ‘hotspot approach’ “to swiftly identify, register and fingerprint arriving migrants”. Once again, the memory of what caused the crisis appears completely lost in the nature and objectives of the political interventions. The largest post-war humanitarian crisis in Europe is treated as a matter of security.

It is a vicious circle that can be broken only by giving a new role to the memories of the refugee crisis.

Whether what we are witnessing is a constant cycle of tragic memory losses or a conscious mechanism in which every new short-term humanitarian outrage is used to justify a further turn of the screw is hard to say. What is clear is that actions are put in place without learning from the past and – consequently – with no sense of future. We are witnessing this right now on both sides of the Mediterranean: in Italy, where the ‘hotspot approach’ – as discussed in an earlier blog – continues to produce illegality without considering its short and long-term effects; in Greece, where the deal with Turkey, announced as a turning-point, has very soon shown itself to be hard to implement, inhumane and very likely illegal. It is a vicious circle that can be broken only by giving a new role to the memory and memories of the ‘refugee crisis’. 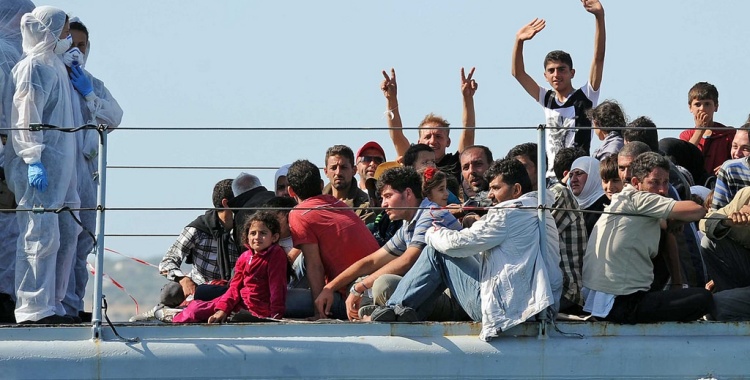 A few weeks ago – during one of the interviews undertaken for our research project EVI-MED – a local Italian activist shared with me several dramatic stories of migrants who risked their lives trying to reach the shores of Sicily. The story of the young man who lost track of his family members when disembarking from a ship and spent weeks trying to make contact again. The stories of the young migrants who were not recognised as minors and were therefore denied support by the Italian authorities. The story of the father who was not allowed to remain with his wife and child because – after fleeing a war and crossing the Mediterranean – could not produce a marriage certificate. The stories of the women who were victims of violence countless times during their journey. “One of the tragedies within these tragedies – observed my interviewee – is that many of these stories are getting lost, ignored or unrecorded. We must ensure that somebody works to keep their memory.”

The challenge of ensuring that the stories and voices of migrants and refugees are effectively remembered is all ahead of us.

Remembering the refugee crisis should mean remembering the individual and collective stories of those who have been crossing the Mediterranean over the years. It should mean looking at the present through this lens and with an historical perspective, considering the root causes of the crisis, looking into the grievous mistakes which have been made and learning from them to completely rethink local, national and European approaches. Over the last few months my colleagues and I have met many of the activists, NGOs, researchers and journalists who are working painstakingly in Italy, Greece, Malta, Hungary and across the rest of Europe trying to contribute to this process. The challenge of ensuring that the stories and voices of migrants and refugees are effectively remembered, becomes part of the mainstream narrative and inform the decisions made by European leaders is, however, all ahead of us.

The ESRC-funded research project EVI-MED (‘Constructing and evidence base of contemporary Mediterranean migrations’) is being undertaken by Middlesex University working closely with NGOs and academic partners in Italy, Greece and Malta. In Sicily, the fieldwork is conducted with ‘Borderline Sicilia’.

All systems shutdown: how do governments use the “Internet kill switch” to hide violations to human rights?