The privatisation of mental health 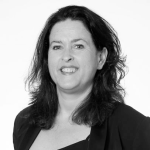 The Care Quality Commission, the independent regulator of all health and social care services in England, recently produced a sobering report about the crisis in mental health services, with A&E staff attitudes bearing the brunt of criticism about failed care.

However, the Guardian’s recent ClockOff survey found that those working in health are the most stressed in public service – 61% say they are stressed all or most of the time.

Mental health has always been the poor cousin in public services and these reports are not about failures of individual compassion or positive thinking, but the impact of precarious work on all of our states of mind.

Take the psychotherapy profession. A 2015 report about a deterioration in public psychotherapy provision found there had been a 77% increase in complex cases, yet 63% of clients reported that NHS therapy was too short to do any good.

Insecure jobs and the growth of contract and agency labour, unwaged labour, and the retreat into private practice are linked to changes happening in the NHS that have left a fragmented and confused system of healthcare that even the leadership finds difficult to manage.

Rise of the agency

The advent of agencies is nothing new in healthcare but with the massive rise in demand for mental health services, NHS cuts and the waiting lists of between six and 18 months for talking therapies, we are now seeing the creation and expansion of private contractors and employment agencies for therapists. Because of the intense insecurity of agency work and the fear of blacklisting of individual therapists, professionals don’t want to talk about this growth of third parties in mental health and, as a result, not much is known about them.

The growth of contract and agency labour is part of a national campaign to downgrade mental health services. Under the NHS’s Increased Access to Psychological Therapies (IAPT) the main bulk of services are low intensity “well-being” programmes, based on a diluted model of Cognitive Behavioural Therapy. This service is delivered by “psychological well-being practitioners” (PWPs), a formalised and standardised role with intense targets of eight to ten satisfied clients a day. Under this system, if a patient does not pick up the phone for an initial assessment within the allotted 15-minute time period they are referred back to their GP, presumably to wait for a further six months.

Running out of time for mental health?
‘from www.shutterstock.com’

This model of well-being, to be clear, can under no description be considered as therapy. Although most of the people working as well-being practitioners are highly qualified, their job is not to provide a space where patients can actually say what is on their mind. The work is scripted and always leads to one compulsory outcome which is that everyone feels well. Those who offer more support, mainly through giving more time and going off-script, are forced to keep this secret from employers because it breaks their contract of employment, leaving them to carry the full ethical and clinical consequences of their interventions.

To add insult to injury, tucked away in the 2015 budget is the proposal that increased access to psychological therapies should be introduced to 350 job centres in the UK. It’s a psychologisation of poverty, where unemployed people are forced by precarious PWPs to internalise a global economic and social crisis. In this scenario its hard to imagine who needs the most help, the client or the clinician.

A growing percentage of such services are provided by contractors and labour agencies who are literally buying up the growing NHS waiting lists. As with all externalised employment relations, it is not just the contract of employment that gets passed over to third parties, it is also the responsibilities of employers.

The most important part of your training as a psychotherapist, along with your own personal therapy, is to carry out clinical work. In order to train as an adult psychotherapist and become an accredited member of a professional body you have to work part-time, usually one to three days a week for between four to eight years.

The problem is that trainees are not paid. There is currently no comprehensive data on how many psychotherapists work unwaged as “honoraries”, but with an estimated 6,000 psychotherapists training every year, a conservative estimate is that 2,000 full-time jobs in mental health are covered by unwaged workers. This includes a substantial percentage of the psychotherapists working for the NHS, the big third sector providers such as Mind and many local mental health charities providing clinical and well-being services in the UK.

Professional bodies are complicit in this system of unwaged work leading to the curious situation that the bodies charged with building a sustainable profession are currently not able to do that. If there is a political cause worth fighting for it is to make the demand for our professional bodies to organise a platform to negotiate wages.

There are some who work full time and do the training on top, but like other areas such as the media and arts, it means this profession is open primarily to people from families affluent enough to support them. This is not to say that rich people make worse therapists, but it does raise important questions about class and power.

Then there are the therapists employed directly by the NHS. In most cases the days of “permanent” contracts are over, cuts in funding and increasingly short funding cycles mean many jobs are fixed and short term.

Most NHS services are understaffed, particularly in child and adolescent mental health services leading to an emerging gold rush for private contractors and agencies. The insecurity of NHS workers has profound implications for workplace fear, creating cultures where clinicians are reluctant to raise concerns about patient care. Despite the important debate going on now about raising concerns, in the NHS the reality is that precarious workers are unlikely to speak up for fear of victimisation and job loss.

Many experienced psychotherapists have retreated to private practice, unable and unwilling to navigate a broken system. Many make enough money to live, but only having spent most of their working lives in the NHS with their pensions intact. This generation will retire within the next five to ten years leaving behind a whole generation of self-employed practitioners, who will never earn enough to cover the basics of pensions or sick pay. Private practice does offer massively needed services and a careful assessment and referral can make the difference between life and death, but it increasingly means that services are accessed only by those that can afford it.

The current economic argument for mental health services is based on the unacceptable working conditions of thousands of mental health workers. From psychological well-being practitioners, to psychologists in job centres, to the clinicians employed by Maximus and Atos to carry out welfare assessments, working in mental health poses significant risks to both clients and clinicians. As long as psychotherapists are working quietly and diligently under precarious conditions, the NHS as an employer will never respect the people who work for it. In a context of deteriorating mental health services, the fact that psychotherapists are an unorganised and silenced group of public servants is a matter for both professional and personal ethical concern.

This article was originally published on The Conversation.
Read the original article.

COVID-19 deaths and NHS staff. What can we conclude?