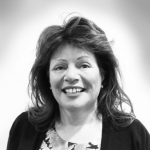 You might have recently read in the papers about the case of two women who, having accepted divorce settlements a number of years ago, are going back to court to challenge their former partners who they accuse of having deceived officials about their wealth. Both women argue that they would never have accepted the settlements they received if they had known the true financial worth of their ex-spouses. The two cases are currently being considered by the Supreme Court with the outcome known later on this year.

Not sealed with a kiss

In Sharland v Sharland the parties reached a financial agreement – the terms of which were contained in a draft order that had been approved by the judge but not sealed. Subsequently, the wife applied to the court to have the order set aside on the grounds that the husband had deliberately not disclosed his potential income. However, her application failed on the grounds that the non-disclosure had not made a material difference to the decision. The Court of Appeal, by a two to one majority, also dismissed the case.

The facts in Gohil v Gohil are slightly different. Mr and Mrs Gohil agreed and signed a consent order and their divorce was finalised in 2004. The ‘known knowns’ were the assets declared by the husband and taken into account when the order was agreed.  Three years later the husband was convicted of money laundering on a grand scale. Indeed, the CPS had identified assets worth over £35 million. Mrs Gohil successfully applied to the High Court to have the consent order set aside. A discussion in the subsequent appeal of the ‘unknown unknowns’ did not find in favour of Mrs Gohil and hence she is now appealing to the Supreme Court.

While at first instance the two cases are about the disputes that occur between married couples getting a divorce (for those of us involved in family law these disputes are not that uncommon), there is one feature that distinguishes them from the thousands of people applying for a divorce through the courts every year: namely money. The principles that shape this area of law, and are applicable to rich and poor alike, are decided in cases where both the value of an asset and the percentage to be awarded to each party are often hotly disputed. It is only since the decision in White v White [2000] 3 FCR 555 that the courts have to a large extent recognised that assets acquired during a marriage should be divided equally between the parties on divorce. But, of course, the parties are expected to disclose their financial position honestly.

An interesting dilemma for the Supreme Court to consider?

What of the issue that of one of the claimants believing that she had the right to a share of money that had been laundered? Of course, there is a distinction between Mr Gohil laundering assets in a bid to hide them from his soon to be ex-spouse, but if he laundered the money because it was money that he had accumulated from criminal activities then surely the only appropriate claimant to this money would be the state through the Proceeds of Crime Act 2002?

The authority of the law

On closer reading these cases are about the power of the law to regulate the affairs and conduct of its citizens both inside and outside the courtroom. Of course, with my particular interest in jurisprudence, I am not merely concerned with the dry legal bones of these cases but also with the philosophy that lies behind divorce case settlements.  How can the law be fair in such cases? What is perceived to be fair to one party can appear manifestly unfair to another. There can never be a conclusive answer to the problems thrown up by divorce settlements but we need to be aware of the tension that exists between the law’s desire to uphold its authority to decide such matters and its wish to be seen to be just. These two drivers don’t always coincide.

Or that women can be so bitterly dishonest, selfish, greedy and care nothing for the stuffing of the children...