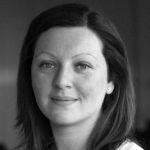 Mia Scally is a research associate with the Centre for Abuse and Trauma Studies at Middlesex University. Alongside her colleague, Associate Professor in Forensic Psychology Dr Miranda Horvath, she is currently working on research into the confusion felt by young people involved in abusive relationships.

Research into Intimate Partner Violence (IPV) among adolescents is still in the early phases. Policies are only just being implemented in the United Kingdom to raise awareness, protect and support survivors in this age bracket. The launch of the ‘This is Abuse‘ campaign by the UK government in 2010 highlighted the concerns surrounding adolescent romantic relationships; the recent launch of the ‘Teenage Relationship Abuse’ campaign (Home Office, 2013) shows there is still much to be done.

The definition of domestic violence recently changed (March 2013) to incorporate under-18s and psychological abuse such as control (Home Office, 2012). Keir Starmer QC, Director of Public Prosecutions, recently stated: “I have raised concerns about [the levels of] domestic violence prevalent among young people, in particular young girls aged 16 to 19 are probably now most at risk. We may have a new generation [suffering from such abuse]. I have no reason to think this problem is reducing” (in Bowcott, 13th March 2013).

A lack of research

Despite these concerns, little research has been conducted (Barter, McCarry, Berridge and Evans, 2009; Wekerle and Tanaka, 2010). Prevalence has been explored to a limited extent. For example Halpern, Oslak, Young, Martin and Kupper (2001) found that 32 per cent of their sample had experienced some form of victimisation (using a sample of 7,493 students ranging from 12 to 21 years of age). Most of the available research reviewed to date seems to reflect this figure, with prevalence being identified for around 30 per cent of participants across research articles. This is particularly concerning when considering the consequences of IPV. Some of the health consequences described as a result of IPV include broken bones, cuts, bruises and general medical intervention (Munoz-Rivas, Grana, O’Leary and Gonzalez, 2007). Obviously, the consequences are not limited to physical harm – they also include emotional and social consequences (which have been considered far more harmful by survivors than use of physical violence).

When looking specifically at adolescent samples, issues come to light that reflect confusion surrounding relationships. Although this confusion is normal, in the case of maladaptive relationships, it can be compounded by a lack of understanding, awareness and support when it comes to IPV. Barter, McCarry, Berridge and Evans (2009) conducted 91 in-depth interviews and a survey with 1,353 13 to 19 year olds. They found that girls were unable to identify whether abusive behaviours engaged in by partners were intended as coercion or being caring. Normalisation of violence was evident throughout the study and a lack of certainty and destructive beliefs about relationships appears to leave young people vulnerable to IPV. 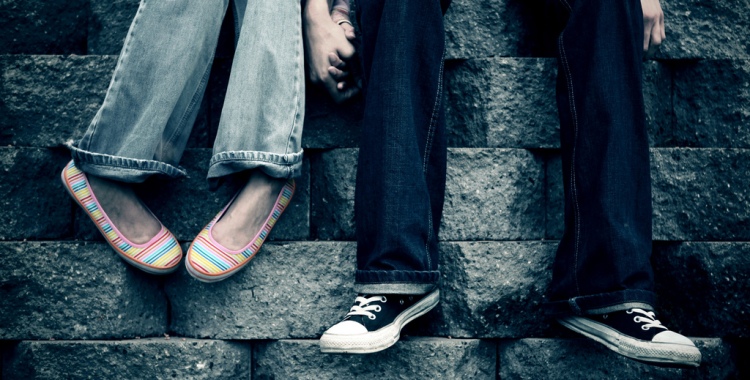 There have been repeated calls to incorporate healthy relationships education in schools (Banister and Leadbeater, 2007; Barter et al, 2009) and while this has been somewhat implemented by external agencies such as Tender, it is by no means widespread, leaving many people of this age group without the skills, knowledge and support that they need (Banister and Leadbeater, 2007; Barter et al, 2009; Josephson and Proulx, 2008).

Reynolds and Shepherd (2011) qualitatively explored three young girl’s experiences of IPV and found they experienced anxiety, isolation and loss of identity. Participants in this study identified confusion surrounding relationships and emotions as the main factors contributing to their vulnerability, reinforcing Barter et al’s (2009) findings. Barter et al (2009) also found that adolescents from their study involved in IPV seemed unsure as to whether help was needed and were unlikely to seek help. If they did, many did not know where to go to get help or sought advice from peers in similar situations who normalised the abuse. The research reviewed suggests that adolescents are uncertain when it comes to relationships and lack the support to deal with this.

Having social support when leaving a violent relationship is crucial, and with isolation being a feature of abusive relationships, also hard to come by (Banister and Leadbeater, 2007). Reynolds and Shepherd (2011) explain how their participants finally removed themselves from abusive relationships by rebuilding their identities. This was done by re-engaging with their own families, removing themselves from their partner’s families and partaking in activities that were suited to their age group. This highlights the importance of social support and maintaining contact with family.

These research findings show the extent to which adolescents are being affected by IPV and the importance of healthy relationship awareness and positive social support. However, these findings also highlight the lack of literature available on these topics, especially with regards to the UK. More needs to be done to confront this issue and build an evidence base of empirical research.

The depressing state of bullying in the NHS

#16days of gender-based violence: The women paying the ultimate price of men’s violence