Why Africa’s informal economy should be heard

Professor of Cross-Cultural Management at Middlesex University, Terence Jackson, says policymaking needs to reflect the realities of the African economy.

The informal economy in Africa is big business. The International Labour Organisation (ILO) estimates that its average size as a percentage of gross domestic product in sub-Saharan Africa is 41 per cent. This ranges from under 30 per cent in South Africa to 60 per cent in Nigeria, Tanzania and Zimbabwe.

It is also a huge employer. It represents about three-quarters of non-agricultural employment, and about 72 per cent of total employment in sub-Saharan Africa. About 93 per cent of new jobs created in Africa during that 1990s were in the informal economy.

The International Labour Office defines the informal economy as “all economic activities by workers or economic units that are – in law or practice – not covered or sufficiently covered by formal arrangements”.

Antagonism is driven by a range of reasons. Informal firms do not pay tax. In addition, reports abound of child labour, low wages (especially for women) and low job security as well as high incidence of HIV. Yet, as the Swedish International Development Co-operation points out, many governments are unaware of the contribution of the informal economy, particularly the high involvement of women. The report also suggests that it is expanding and is here to stay. And a World Bank report points to a trend of people with higher levels of education entering the informal sector as a career of choice. 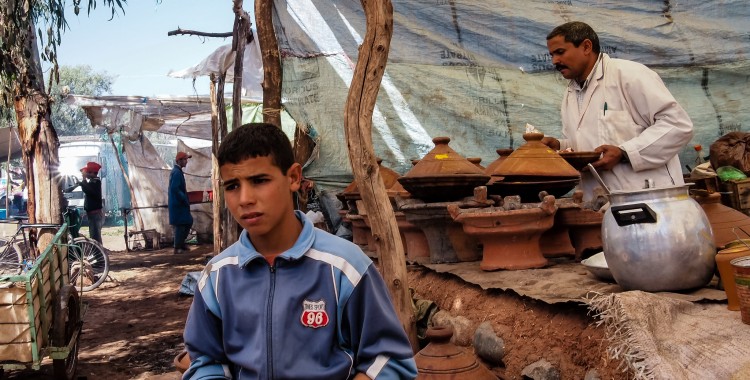 A glimpse of the future

Political economist Fantu Cheru asserts that “a closer look at the informal sector in Africa provides a glimpse of what could be achieved if Africa’s economies and financial policies were more attuned to the continent’s everyday realities”.

He sees the informal economy as being community-based, representing “socio-political entities, with their own rules, forms of organisation and internal hierarchies, constituting a node of resistance and defiance against state domination”.

The point is that practices more closely allied with collectivist communities may be far more appropriate than ‘modern’ management methods. These methods are based on Western principles and neo-liberal economic policies. They have largely been discredited as inappropriate to African communities.

But the informal economy is largely marginalised. It has a weak voice and is rarely listened to by policymakers in government or in international organisations. When policies are made they affect a large percentage of firms, entrepreneurs, employees and communities. But it is unlikely any have been consulted.

Issues that could be given more prominence in policymaking are access to capital and the provision of relevant training. More important is what the formal economy can learn from the informal economy as a model for economic development.

Indigenous practices in a globalised world

If communities that rely on economic activity in the informal sector are indeed the repositories for indigenous management, entrepreneurial and employment practices it is little wonder they are not listened to.

The dominant discourse is that indigenous practices are outmoded, archaic and out of tune with modernity. Yet seeing indigenous practices and those in the informal economy as frozen in time is a mistake. Even the glib packaging in management consultancy circles of concepts like ‘ubuntu’ presents a glorified perception of indigenous knowledge being static and timeless.

Political leaders may have to start listening to entrepreneurs, managers and staff working in the informal economy.

As Cheru has pointed out, the informal sector may represent a resistance, an alternative to the prevailing globalised view.

Even so, it exists in the globalised world. While constantly adapting, sometimes resisting, it is never apart from globalisation. Rather than eschewing modern technology, communications, the internet and social media, Africa has been embracing it. This is happening through:

Hence, Facebook told us in June 2014 that “there are 100 million people coming to Facebook every month across the African continent, with over 80 per cent on mobile”. This includes a majority of people living in the informal economy.

These developments are providing new tools to trade, to market products and to work. They may even be changing the nature of employment. With practices and organisations still rooted in local contexts and communities, identities are changing. In addition, social media has the potential to change things by providing greater voice and potentially better representation.

Political leaders may have to start listening to entrepreneurs, managers and staff working in the informal economy to formulate more inclusive policies that may prove more relevant to Africa’s development.

This article was originally published on The Conversation. Read the original article.